In 1990, the United States government implemented the Diversity Immigrant Visa Program (DV), also known as the Green Card Lottery, as a means of immigrating to the U.S. The government allows 50,000 visas to be granted yearly by this process.

There are a few requirements to apply for the DV program. You must be from an eligible country and have a high school education or at least two years of qualifying work experience. There are other U.S. permanent resident visa programs available, but these require a family or employment sponsorship. 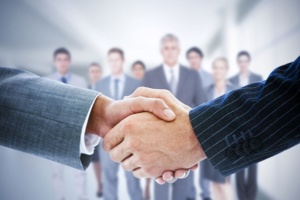 To take advantage of the quickest way to obtain a Green Card without sponsorship, contact USAFIS today.

The DV program began with the intention of making America a more diversified nation.  People from various backgrounds wanted to make America their home and join the cultural “melting pot.” The Lottery was put in place to keep the different ethnicities in balance.

USAFIS is an organization ready to help you submit the Green Card Lottery application and have it accepted as soon as possible.

The first programs largely benefited people from Ireland, Great Britain, and Canada. After the government decided to give the opportunity to relatives of permanent residents or American citizens, regardless of nationality, Africans, Latin Americans, and Asians arrived at the U.S. in record digits.

During the 1980s, several different lottery programs were created. However, Congress implemented the Green Card Lottery in 1990. The decision was made that it should benefit the whole globe, with the exception of countries whose natives are over-represented in the immigration population of the United States.

If you want to enter the Green Card Lottery and work towards becoming a United States citizen, contact USAFIS.